Icelandic sheep belong to the category of northern European short-tailed deer, but in appearance they most closely resemble Norwegian sheep (Norsk Spælsau).

Nordic Vikings brought sheep from the Scandinavian countries, mainly Norway and also from the British Isles. They also brought sheep to the Faroe Islands and Shetland. 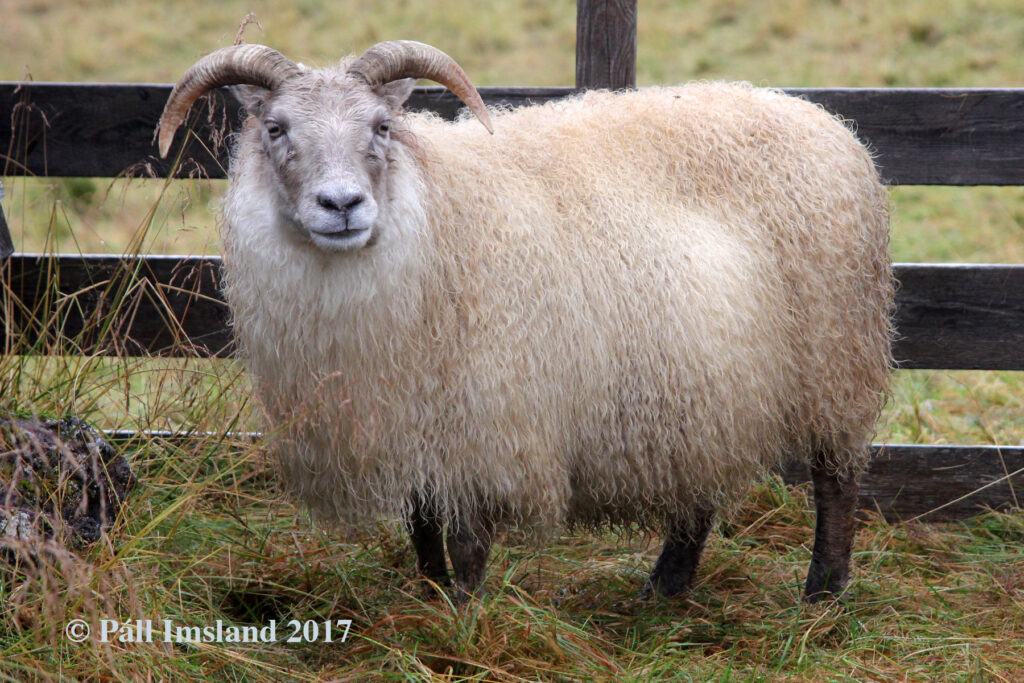 Main characteristics of short-tailed sheep:
- Approx. 9 cm long triangular tail.
- Two kinds of wool in the fleece, "þel" and "tog".
- Variety of colors and color combinations.
- The ability to get rid of most of the wool every year.
- Rugged sheep that thrives in difficult conditions.

There are over 430 thousand winter-fed sheep in Iceland. It is estimated that 70% of the capital stock is horned and 30% not. Four horned sheep have been bred somewhat in recent years, and there are sheep with five or six horns.

The most remarkable, however, can be considered the Leader sheep. There are about 1500 leader sheep here on about 400 farms. It is in their instinct to be ahead of the flock during herding and other sheep follow the leader. Leader sheep are thought to be smart and it was often reluctant to leave the house if bad weather was expected during the winter.

It is considered certain that sheep with the behavioral pattern of Icelandic leader sheep is nowhere known in the world today except in Iceland. This feature is therefore extremely rare.